On April 1, 2011, WRBC The Blaze will be taking the station mobile for the second time this semester. We will be broadcasting live from the Michigan Avenue lobby in the Auditorium building from 9:30am to 3:30pm.

On-Air Schedule for April 1, 2011 from 9:30am to 3:30pm CT
[Click here for show descriptions/links.]
We will return to our regular programming after 3:30pm.
During our live mobile broadcast, we will be begin accepting applications for new on-air DJ's in the fall. The application deadline for new DJ's is April 15th. If interested you may email apply@wrbc.fm.
Posted by Unknown at 12:19 PM No comments:

On WRBC's The Eclectic Hour we will have special guests Color Radio come in and discuss their upcoming album, shows and upcoming events. Tune in at 5 pm to hear these fantastic Chicago artists.

And.... Don't miss their show this fri, April 1 at the Empty Bottle with California Wives
Posted by Lucy Betina at 3:58 PM No comments:

DJ winds up ‘The Musicbox’ at The Blaze - Torch - Arts & Entertainment 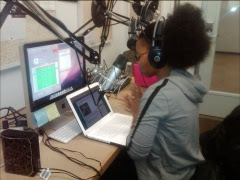 On this Tuesday afternoon, the Chris Brown incident at "Good Morning America" is the topic of discussion, with Mariah Carey and Bruno Mars in rotation on airwaves at WRBC The Blaze, Roosevelt University's student radio station.
This is a sample of what listeners will get if they tune into Samantha Pass's radio show, "The Musicbox." Pass, whose alias on-air name is "S.K.P The Voice," describes her show as a little bit of everything, but not your typical mainstream radio show. Instead, a wide range of music spanning several genres and generations.
The show airs from noon to 2 p.m. every Tuesday on WRBC The Blaze, and can be heard on iTunes or at the WRBC page on Roosevelt's website.
"I don't play what's on the radio right now. I'm a little picky because I don't really like what's out now," the self-proclaimed Michael Jackson fanatic said. "You're going to hear a lot of stuff from the '90s and early 2000s. I even take it back to the '50s."
Pass attributes her love for music and dance as the inspiration for her show and what led her to become involved with The Blaze in the spring of 2009. "I listen to a lot of old school music and that usually amazes my peers, so I thought it'd be great to share it with a younger generation. It feels good to know that I'm introducing them to new music and they like it," she said.
Pass, a graduate student, also serves as music director at the station. "I monitor the other DJs' shows, approve any guests and solve any other problems that may arise."
An education major in undergraduate, Pass is now pursuing a master's in journalism but hopes to apply both degrees in whatever career path she takes. "I don't want to be in the classroom everyday, but if I did, I'd prefer to work in the private sector," she said.
For now, Pass is enjoying her role in the studio. "I admit that I was nervous about doing this because I'm really shy, however I'm really happy I did because I truly enjoy it."
Posted by SKP at 1:35 PM No comments: 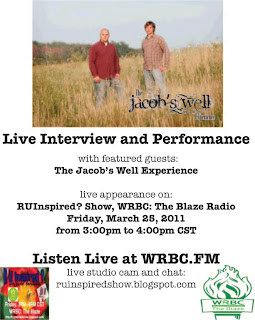 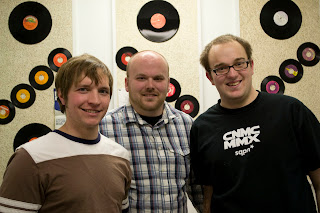 On Friday, March 25th from 3:00pm to 4:00pm central time, Daniel from RUInspired show will be having the guys from The Jacob's Well Experience Band on the RUInspired show for a live interview and performance. Be sure to tune in because they will be performing all new material and they are excited to talk about their faith and to share this new music with you! This special live in-studio guest interview and performance is sure to inspire and uplift you -- and perhaps even entertain you as well.  For more information on The Jacob's Well Experience band, click here to visit their website. The show was recorded and will be made available online as a podcast soon. 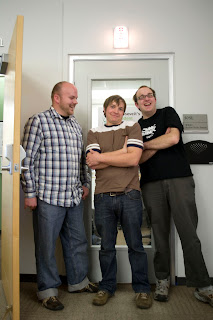 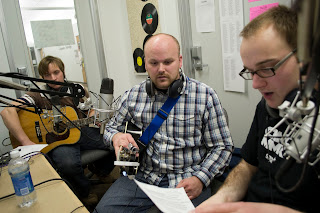 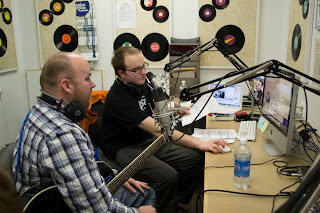 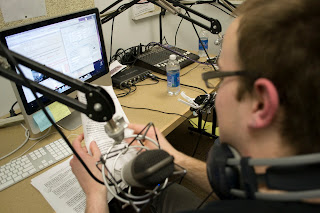 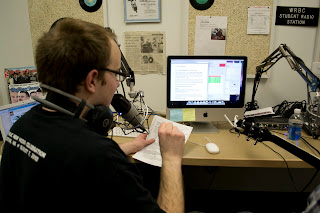 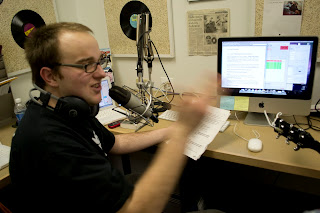 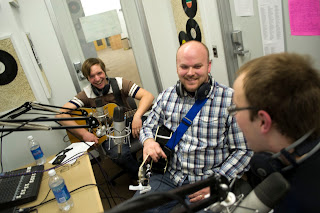 Email ThisBlogThis!Share to TwitterShare to FacebookShare to Pinterest
Labels: live in studio interview and performance

Today on the The Eclectic Hour we had the members of Pet Peeve play live in the studio. You can catch their live show on this coming Saturday at Quenchers Saloon at 9 pm. Free Show Free Popcorn Free Hot Sauce and Affordable beer.

Listen to Maria
Posted by Lucy Betina at 6:06 PM No comments:

The Eclectic Hour: Siskiyou The Interview

The Eclectic Hour: Siskiyou The Interview
Posted by Lucy Betina at 1:40 AM No comments:

On Friday, March 4th from 9:30am to 3:30pm in the Michigan Avenue Lobby of the Auditorium Building, WRBC will be taking the station mobile and broadcasting live.  Please come stop by and see some of our DJ's live on the air and possibly have the opportunity to go on air yourself.  There may be some giveaways and possibly the launch of our new website domain!